Since Tim Berners-Lee fired up the world’s first web page 30 years ago, the internet has come to shape and form almost all aspects of our lives. The web’s influence on culture, media, and our day-to-day existence has been profound. These days, the internet is an integral part of our work and social pursuits, to the point that the real and virtual worlds are now almost becoming one.

The internet is the greatest library in the history of man. Try googling almost any subject and you’ll more than likely find someone, somewhere has already written about it. The web is changing how we communicate (try imagining a world without email or messaging apps), how we work, how we view media, and even how we shop. Yet behind all these monumental changes has been one relatively simple coding language—HTML. 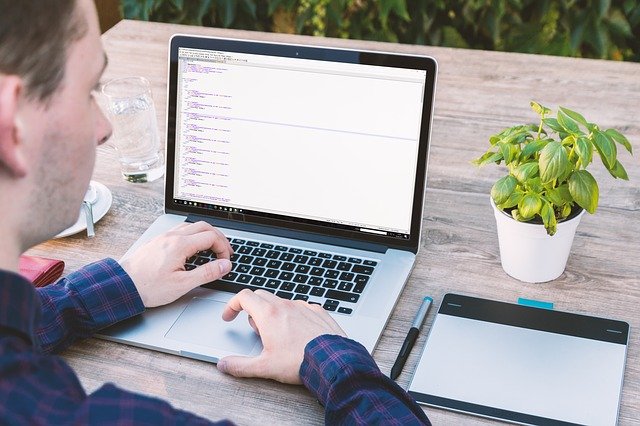 HTML stands for HyperText Markup Language and it’s the code that has powered the exponential growth of the internet. Of course, as you’d expect in such a pioneering and forward-thinking industry, HTML hasn’t stood still and the language is constantly evolving. HTML has come a long way since those early days with Berners-Lee—but many of the basic premises of the original coding language remain. HTML5 is the latest iteration, and it is also the most ground-breaking.

The advantages of HTML5

The biggest advantage of HTML5 is its ability to natively support video and audio files, without the need for external, third-party players. Also, as our use of mobile devices increased (cell phones, tablets, smartwatches, etc.), there was a growing need for a language that could scale and display content based on the end-user’s screen.

Unlike previous versions of HTML, which relied on fixed tables, HTML5 combined with Cascading Style Sheets (CSS), and JavaScript allows web pages to adapt to the user’s screen. CSS is essentially a list of formatting instructions that uses fonts, colors, and other layout code to display web pages correctly—regardless of the size of screen the user is viewing pages on.

Intriguingly, if you study the code of modern HTML5 web pages, they are normally far simpler than pages written in old versions of HTML—although that is partly down to the fact that much of the code is pre-written in CSS and only called when required.

The process of building a website in HTML5—a basic guide

When building a website, production companies such as ALT Agency, see https://www.altagency.co.uk/services/design/web-design-coventry/, will first design a static layout of the key pages and navigation in software such as Adobe Photoshop or other similar design packages.

Typically, the pages will first be laid out in wireframe format in order to establish the layout rules and guides, which can then be transferred into coding language once the design has been approved by the client. After the key elements of the pages have been agreed, these designs are then passed to the programing and production team who are responsible for transferring the static proposals into working, interactive code. It’s at this stage that the pages literally come to life, and that’s mostly down to the three main coding languages—HTML5, JavaScript, and CSS.

In a dynamic site (one that’s easily updatable by the client), the production team will likely also call on other languages such as Active Server Pages (ASP) or Hypertext Preprocessor (PHP), which are scripts processed on the server to produce page content on the fly. The vast majority of websites use either PHP or ASP to serve fresh and updated content to users.

The role of Apple in the mass take-up of HTML5

Many would argue that one of the main reasons HTML5 was adopted so quickly was because of Apple’s decision in 2010 to stop supporting another video and animation technology, Adobe Flash. In the years previous to this, the growth and adoption of Flash had been huge; however, Apple deemed the player too processor-hungry so it ditched its support on the iPhone, iPad, and iPod. When an industry behemoth the size of Apple says no to a technology, you can be pretty sure the death knell has sounded, and Flash was slowly replaced by the advanced scripting possible from using HTML5, CSS, and JavaScript. Indeed, even producers Adobe recently confirmed they will no longer be supporting the software from the end of this year.

The future of HTML

As a base language, HTML will continue to evolve to fit the growing and ever-changing needs of its users. As we increasingly see the growth of the Internet of Things (IoT), it’s likely we will also see increased integration with artificial intelligence (AI) as sites and web services become smarter and more autonomous. However, from its humble beginnings just 30 years ago, HTML will likely remain the driving force behind most websites and web applications.

How To Choose The Best Laptop For Web Design

Can You Still Get a Loan if You Have a Bad Credit Score?