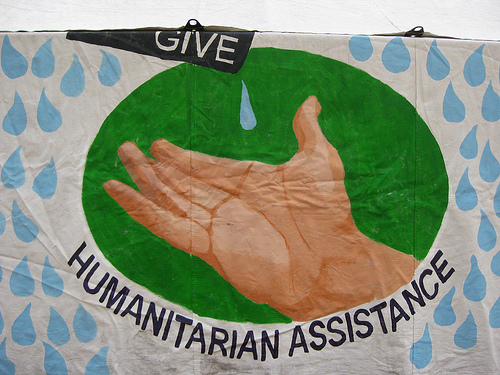 The Five Mistakes Your Charity Is Making Online

The Internet is a great place for charities to gather donations. There are multiple channels open that allow you to access a wider audience than ever before, and it’s warmer than standing in the city centre with a clipboard.

However many charities are still making some fairly rookie level mistakes when it comes to appealing to their audiences online. Have a look through this list and see if you’re making any of the common internet charity mistakes:

It’s hard to believe there’s anybody who still doesn’t have something set up to accept donations online. If your organisation is one of the few left that only accepts cheques, forms filled in on street corners or change left in pub collection boxes it could be for a number of reasons. Maybe you’re worried about security, or worried that your donors will worry about security? Maybe you’re simply not confident enough with the technology.

Forgetting to Keep It Simple, Stupid!

Donors want to give you money. You want donors to give you money. Since you both want the same thing here, your goal is to make it as easy as possible for the donors to do what they want. When someone gets to your website they should be able to see, clearly and easily without even having to really look, a button marked “Donate!”

Once they’ve clicked on that button they should have to take no more than two steps before the money is out of their account and in yours. Anything else and they’re like to get frustrated and go spend that money on “one-click” buys on Amazon.

For smaller organisations this can seem inevitable. If you’re just starting out it can seem impossible to set up online donations without using Paypal, Google Checkout, Moneris or another similar service.

However each of these services is shaving money off the top of your donations, and what’s more, your donors know it. At the very least if you have to use one of these services try not to make it obvious from your web page, as it can act as a deterrent.

If a donor gives you a tenner that means you can plan to spend that tenner. On the other hand, if you persuade a donor to pay £5 a month or even £2.50 for 12 months that means you have a long term income coming in and can plan your finances accordingly.

Not Giving The Credit Where It’s Due

Some donors are like Batman, doing good works without ever letting the world know just what a hero they truly are. However a lot of donors are justifiably proud of the good that they’ve done, so third sector fundraisers can go a long way by including an option to be mentioned in your newsletter’s roll of honour or something similar is a great way to make them feel appreciated. People who feel appreciated are more likely to give you money again.

Sam Wright is a freelance writer who’s done a lot of work with charities and NGOs.

Bitcoin and Beyond: How New Digital Currency Could Be The Next Big Thing

Top Myths About Customer Service – And The Reality

A Brand in the Hand: Making Your Business Card Speak Volumes

The Future of Augmented Reality in Mobile applications