With everything from state-of-the-art Lenovo ultrabooks to iPads and hybrid devices readily available, it can be easy to take technology for granted but things weren’t always so advanced.Gadgets have come on leaps and bounds over the past few decades, so let’s take a look back through the ages and see how computing devices have developed. 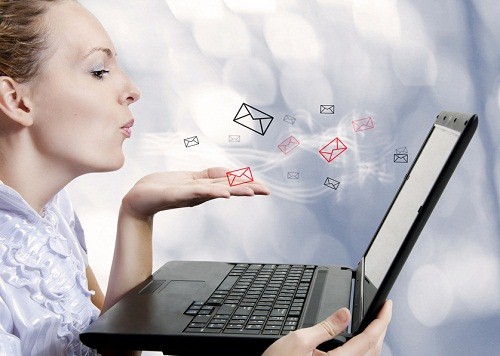 It’s easy to think that computers have always been around but it took a lot of sweat and (most probably) tears to create the gadgets we see today. Designed and built by the University of Manchester, a Small-Scale Experimental Machine known as Baby was the first device that could not only store data in electronic memory but could also process it at electronic speed.

On June 1st 1948 it successfully computed a mathematical puzzle and in turn proved that a human creation could run a program. This lead to the development of the Manchester Mark 1 and eventually Ferranti Mark 1 – the world’s first commercially available computer.

Throughout the 1960s, technology continued to develop at an alarming rate with IBM announcing the System/360, a family of mutually compatible computers and 40 peripherals that could work together. The Apollo Guidance Computer also steered Apollo 11 to the moon and the world saw a mouse for the first time.

The world’s first commercially available microchips also hit the shelves (though they looked nothing like they do today being around the size of your little finger) and by the end of the decade the Internet had started to make an appearance.

The 1970s was also an exciting period for computer development with the first personal computer, the Kenbak-1 being released in 1971. Calculators also hit the market as well as the TV typewriter and The Micral, the earliest commercial, non-kit personal computer based on the Intel 8008.

During the 1980s, many popular brands started to pop up left, right and centre and became frontrunners in the technology world. In 1983, for instance, Apple introduced Lisa, the very first computer to have a graphical interface and ran on a Motorola 68000 microprocessor.

The design was inspired by Xerox Star, which incorporated many special features including a mouse, windows and various pop-up menus. Apple then went on to release the Macintosh which also used a mouse and was much more affordable for the general public.

On the 6th August 1991 the World Wide Web became available to the public revolutionizing the way people and companies spent their time. Intranet systems and online communities developed as people rushed to share stories, businesses ideas and personal information with others around the globe.

The Internet, of course, ran a lot slower than it does today but it was a huge achievement within the world of computing and one many of us can not live without today.

Since the introduction of the Internet, social media website have really taken off with both Facebook and Twitter proving popular platforms for Internet lovers. Basic computers have now become far more advanced with the introduction of much more portable laptops, tablets, phablets and convertible hybrid devices. 4G Internet speed as improved the way we browse on a daily basis as has WiFi, which allowed for many chunky wires to be abolished.

So, as you can see computers have a come a long way over the decades – but what’s next?

SEO Mistakes That You Have No Excuse To Make!

Game Of Thrones: 4 Ways To Rise Through The Business Ranks