Many professionals in the IT field consider Windows Server 2012 to be among the largest overhauls of the system ever released. The changes made to the server influence nearly every part of the operating system, and most users agree that the changes have been for the better. 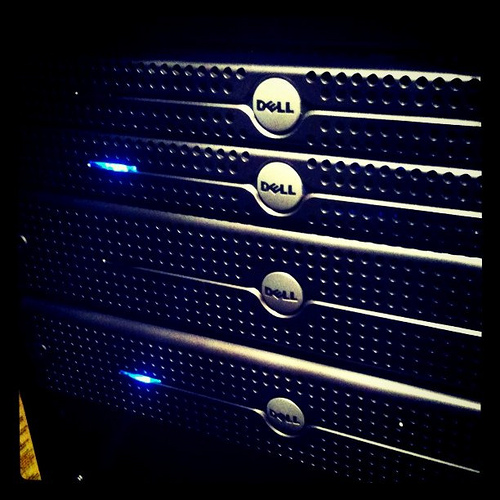 The new server is purported to help businesses improve efficiency and be highly beneficial for businesses of all sizes. Surprisingly, however, many companies still have yet to make the switch. Here is the breakdown of who has not yet made the migration to the updated platform and why they should.

Migration to Windows Server 2012 in the Workforce

Symantec completed a survey of 530 worldwide organizations from November 2012 through March 2013 to gauge their virtualization and Windows Server 2012 transition. Their survey found that while many groups had every intention of making the transition, 93 percent had not yet migrated to the new server platform. Thirteen percent of those surveyed said they were waiting for the first service pack, 15 percent said they would be migrating in the next 6 months, another 17 percent said within a year, and 11 percent said they would, but it would take them more than a year. Cost of migration was a major factor for many of the groups that were slow on the upgrade, with many more citing concerns about IT compatibility issues. A significant number of those who had not yet made the transition said they were simply happy with the current server they were using and thus lacked strong motivation to make the switch.

For a server to improve business efficiency, it must demonstrate its capacity to improve and ease usage. The new server from Windows has largely improved features across the board, but these four stand out for many IT professionals for their increased centralization and higher degrees of capacity. They make it easier for the companies to stay up to date with the quickly changing technological environment and to improve their internal operations.

Security remains an understandably chief concern among most groups and businesses. The latest Windows Server allows IT professionals to create more centralized security systems through the Dynamic Access Control.

You are able to tag sensitive data manually and automatically and therefore control claims based access controls. This will allow companies to combine the benefits of automation with the benefits of customizability for a more complete and secure experience.

Storage is quickly becoming an important topic in the world of IT. The scalability of cloud based applications provides alluring, but many groups prefer the security of storing information within network. Many in-network storage solutions are costly and difficult to set up. The new server offers storage spaces that you completely customize. Inexpensive hard drives are divided up as desired. New disks can be added whenever, and the space can be larger than physical capacity of the pool. The storage spaces also offers resiliency through mirrors and parity.

An increasingly popular feature of servers, virtualization is an important component of any modern server, and IT professionals agree that the Hyper-V of Windows Server 2012 delivers. It offers disaster recovery to SMBs in an affordable and easy to implement form. It uses compression to log changes made to the disks to save bandwidth, and allows you to select which form of the VM taken you want to use.

The system creates a secure connection between client and corporate networks. The latest version of the Windows server eliminates many prior problems and now gives administrators much more control, offers the capacity to virtualize, and it is easier to configure. This enhances your communication and makes management significantly easier.

Windows Server 2012 offers improvements to increase business efficiency. While many companies are eager to make the switch, concerns such as cost are slowing them down. A thorough analysis of the offerings of the new server should help them to understand the positive cost-benefit analysis of making the migration and mitigate their other fears as well.

Matt Smith is a Dell employee who writes to help raise awareness on the topic of Windows8 Server 2012 and other network management subjects.

Awesome Tips For Increasing Profit And Cutting Back On Spending

With Little Intent And Planning Business Debt Can Be Handled Easily

Simple Ways to Help Keyword Research for your Ecommerce SEO

The Future of Augmented Reality in Mobile applications

Blogging For A Cause