Social media has taken the world by storm. In fact, many people often wonder how they ever survived without sites like Twitter and Facebook. Unfortunately, as many people have learned, social media can have negative consequences as well; and this is especially true when it comes to an individual’s career. 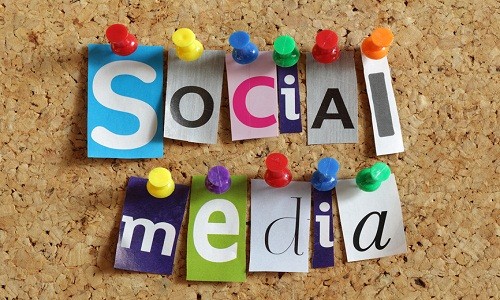 Social media is more important today than ever. The power of social media is that it can reach tens of thousands or millions of people globally and connect you to them. If you are new to it, get familiar with it. If you have already dabbled a little with it but want to ramp up your visibility, you might want to take some training classes or workshops. You might also want to refer to the Noomii coaches directory which can connect you with a professional coach who is skilled in all things “social.”

Regardless of whether a person is applying for a new job or trying to grow their e-business, certain social media mistakes can destroy a person’s career if they don’t remedy them in a timely fashion.

There are many social media mistakes that people can make. Nothing good can come, for instance, from posting to social media while intoxicated. There are other instances, however, which people may not realize could affect their future job plans.

Insensitive Jokes: There’s no doubt that shows like South Park, Family Guy and Tosh.0 have made it seem more acceptable to post inappropriate jokes. It’s important for people to remember, however, that future employers may well check out their pages. An inappropriate joke may make hiring managers feel like they’re inviting a sexual harassment or racial lawsuit by hiring a certain person.

Personal Vendettas: Everyone has that one friend on Facebook who posts inappropriate comments or statuses that should be confined to private messages. This should be avoided at all costs. It will show employers that an individual isn’t afraid to air their personal drama for the world to see, and this could be a liability.

While it’s true that anything on the Internet is relatively permanent, there are ways to reduce the negative effects that past mistakes can have.

Be Proactive: The best way to fix a problem is to avoid it. Never post immature or incriminating statuses or photos. Additionally, individuals can change their settings to prevent friends from tagging them in photos without their permission.

Reexamine Photos: When trying to destroy potentially damaging social media information, a person should start with their photos. Any unseemly photos should be removed, but it’s also important to look at photos that others have uploaded. On Facebook, this is done by clicking on the “Photos of Me” album. These are photos that others have tagged a person in, and an individual can click “Remove Tag” to take the photo off of their profile.

Make Past Posts Private: An individual should always set their social media settings to private, but if they hadn’t done so in the past, they can still make their previous posts private. On Facebook, this can be accomplished by going to “Privacy Settings” and clicking “Limit Past Posts.” This may not, however, prevent future employers from potentially seeing damaging information, so it’s essential to try and delete anything that could be taken in a bad light.

Before the Internet became a necessity in daily life, people could usually live down embarrassing mistakes after some time had passed. Now that the Internet is so widely used, it is essential to avoid social media blunders in the first place. Get coached to help renew your image and social status if the mistakes occurred when you were younger. It’s imperative to minimize the damage caused by them.

Must-Have Marketing Techniques That Will Convert Traffic Into Sales

Top Mistakes Which Can Ruin Your PPC Campaign

Benefits of Quora for Small Businesses

What the 14.4 Modem Taught Us About Images