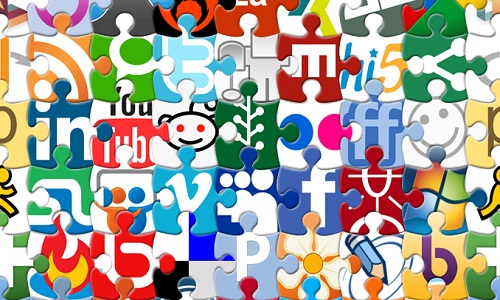 This list aims to help expand upon what the differences are between the 10 best social share buttons.

Facebook actually has two buttons. There’s the universal “Like” button which shows a user’s friends that they like a website and there’s an actual “Share” button which posts a message about the website to a user’s wall. The latter is typically the best blog social share button because it has the potential turn turn viral and be shared again. If a site goes viral on Facebook, you can receive more traffic than a front page post on Digg might provide you and that’s a lot.

Twitter is another one that allows users to share your website and write a short blurb about it. The tricky part about this is that you need to find the best social share button to really make this work. If you’re using a WordPress blog, find a plugin for Twitter that specifically adds a few hashtags based on what keywords are in your post. This will help you take advantage of Twitter’s viral sharing potential.

As stated earlier, Digg can provide massive amounts of traffic for websites that are offering something great or unique. It makes the cut for one of the top social share buttons simply because of how much traffic can be provided by a few hundred Digg shares.

StumbleUpon generally does not bring a massive influx of traffic all at one time. This can actually be a good thing, because unlike the previous three buttons, this traffic dies out rather quickly and can sometimes cause bandwidth issues and result in your website being forced offline. StumbleUpon can instead bring very steady streams of traffic over a long time for people who find your website or blog interesting.

Delicious is a social bookmarking service centered around sharing interesting blog posts. Thus it’s only really pertinent to have this button on your website if your website falls into such a category. A successful post on Delicious can result in a moderate stream of traffic straight to your doorstep and works particularly great for pages about one focused topic.

Reddit is both massive and fast-paced. What makes it one of the best blog social share buttons is that it features a user-driven up-voting system. If your content is over something new and interesting, you’ll find the most success here.

This is a new, up-and-coming type of website where users “pin” images. That means that while this isn’t one of the best blog social share buttons, it does certainly fulfill a niche for sharing image posts. The other big advantage about Pinterest is that the target demographic who peruses this website are a traditionally hard audience to reach: women.

Google Buzz is a feature that was only recently added. It shares a similar system that the “Like” button of Facebook does, but may ultimately prove to be among the best social share buttons overall. The simple reasons is that while the user base isn’t as big as the other share buttons right now, it has the potential to be. The number of “Plusses” that your website receives also shows up before a visitor clicks on a link to your webpage in Google – which can be absolutely essential when establishing trust.

The last in the line of top social share buttons and overall the longest running is sharing a webpage via email. This method of social sharing is different from the rest because it doesn’t have the same ability as the other shares to become viral and thus amount massive amounts of traffic in a short period. It’s still good to have, however, because users who come to your page from an email may end up bookmarking it via the other nine social share buttons.

Zesch Erllington, a technology expert who makes contributions on Answers Africa. You may visit this link to know more: Answers Africa

A NEW CDN WORTH YOUR CONSIDERATION: CDNSUN

Must Have Accessories for Your Smartphone