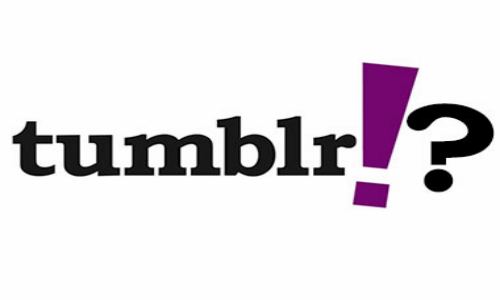 The Yahoo acquisition of Tumblr is expected to bring many new assets to the company. The exposure and brand notoriety that Yahoo can provide will help to propel Tumblr to the next level. Though Yahoo does not have a good track record when it comes to buying and nurturing companies, this new partnership is expected to be beneficial to both companies despite some worries that people have had in the past.

Must Read: Benefits Of Integrating Social Media With Your Web Design

Why is the Acquisition Good for Tumblr?

Tumblr currently generates 100 million posts in a given day and hopes to profit from the 700 million posts daily that Yahoo generates. This increase in exposure could be immensely profitable. This new fan base will be added to its core group of young people who enjoy adult content.

Tumblr generates more than 15 percent of its traffic from searchers looking for adult or pornographic content. A partnership with Yahoo will provide access to a more mainstream audience. This means that instead of Generation Ys interacting on Tumblr some of the more mature crowd on Yahoo will recognize the value in Tumblr content. This will make the company more profitable. In fact, experts speculate that the partnership can generate $100 million in revenue in the next coming years.

Tumblr wanted to earn $100 million annually as a stand-alone entity, but the company only managed to earn $13 to $15 million towards the goal. Yahoo can help Tumblr meet its goal and more because of the vast number of people that respect and use Yahoo. Tumblr is worried that its brand will become stale and old because of Yahoo, but it may actually bring a new fan base that Tumblr may not have acquired otherwise. As long as Yahoo does not negatively affect the user experience, Tumblr should be more strategically positioned.

3. Yahoo Will Help Tumblr Prepare for the Future

As the Internet evolves and attracts a diverse group of people, companies need to be prepared for the future. Yahoo can help Tumblr prepare for the future by expanding its audience. Tumblr can learn much from Yahoo, but it will need to learn and maintain its freshness and youthfulness to avoid rebranding itself or losing the integrity of its brand. If Yahoo and Tumblr strike this balance, both companies will be poised for greatness.

Why is Yahoo Good for Tumblr?

Tumblr is good for Yahoo in a number of ways. The two companies will have to work together to make the partnership work. When the two unlikely pairs work together in harmony, both companies will thrive. Keep an eye on this merger to determine how the partnership will evolve. If Yahoo manages a good relationship, unlike its relationship with Flickr and Delicious, it will be profitable. Profitability and longevity is what every company needs to remain in existence for the duration.

Guest Post from Ryan Harris.  To quote Ryan’s Twitter profile, he likes to “talk tech news and moon landings, but mostly tech news.”  Ryan is currently a designer with a few websites – including http://hughesnetinternet.net/ – who’s working to expand where his writing can be found.  If Twitter isn’t your thing, please feel free to send Ryan an email with your comments.

Why WordPress is Better than other CMS?

Managing Employees – 10 Tips to be a Better Boss

A Simple Way To Become A Domain Name Reseller – eBuzznet

10 Modern Gadgets that Will Change the World

Save A Fortune By Streamlining Your Supply Chain!

Discover The Secrets To The Biggest Returns From Social Media Marketing

Does SEO Still Exist As A Standalone Service?