In this day and age, most people are looking for short, concise information. One of the main reasons Twitter has become such a popular social network is because it enables users to read their news quickly, in 140 characters or less. If the individual finds a news article or link intriguing, they can click on it and be directed to another site. However, people often skim through, which is one of the perks of the social networking site.

One app that plays off this theme and has taken flight within the past few months is SnapChat. The app enables users to send photographs and videos to their friends. Once the individual opens the image or video sent to their device, it will self destruct in about six seconds. This has caused controversy since it was introduced to the market. When reports surfaced that the pictures don’t self destruct and can be saved onto computers, some consumers were upset and felt their security had been violated.

Once this news hit, consumers who downloaded Facebook’s version of SnapChat, known as Poke, also grew upset when they discovered their photographs weren’t secure either. In an effort to ensure customer happiness, Facebook spokespeople came forward and apologised for the situation but urged consumers to think twice about hitting send if the picture is something they wouldn’t want to be public, according to BuzzFeed.

“Poke is a fun and easy way to communicate with your friends and is not designed to be a secure messaging system,” the statement said. “While Pokes disappear after they are read, there are still ways that people can potentially save them. For example, you could take a screenshot of a photo, in which case the sender is notified. People could also take a photo of a photo you sent them, or a video of a video, with another camera. Because of this, people should think about what they are sending and share responsibly.”

These two companies aren’t the only two designed for self destructing photos. According to LifeHacker, one of the newest mobile apps, Vine, enables iPhone and iPad users to send six-second videos to one another. The service is integrated closely through Twitter, although it isn’t a requirement for users to have a Twitter account. 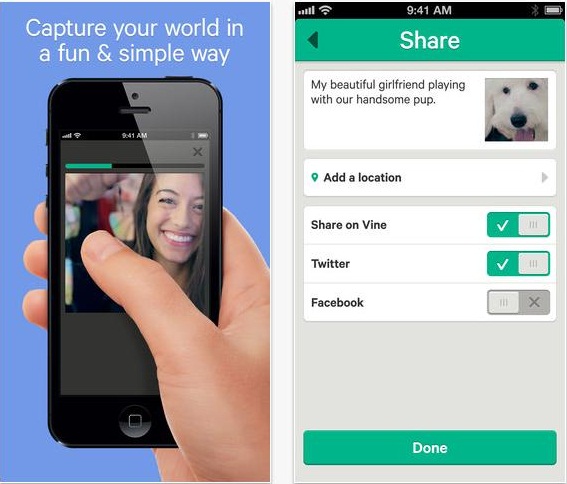 “Vine is a free app and free service, and while the company is partnered with Twitter, you don’t need a Twitter account to use it,” LifeHacker stated. “Just grab the mobile app and start shooting. You are restricted to short videos, six seconds or less, but once you’ve stopped recording, Vine creates a loop of the video and readies it for your friends to see.”

O. Divone is a content writer based out of Edmonton who writes primarily about web design, software development and mobile applications.

How To Simplify Your Blog And Make Your Life Easier

Make Running Your Business Simple With This Guide

BlogEngage – Having Your Say, Expanding Your Online Influence