We tend to hear a lot about the so-called “genius founder” in tech circles. It’s the idea that there is somebody out there that is just so brilliant that, no matter what, they can take a product and make it a success in the marketplace.

But it should be remembered that “brilliant” founders don’t always get it right. Take Sergey Brin, for instance – one of the founders of Google. Recently he told guests at Davos that he was introduced to a team working on AI back in 2008. He thought it was a pie-in-the-sky project and didn’t pay it any attention. He grudgingly agreed to stump up the money but never thought that AI could be transformed into a practical product. He handed over a few million dollars but didn’t get personally involved.

Of course, just a few years later, AI exploded, and now Google refers to itself as fundamentally an artificial intelligence company. Brin didn’t foresee those changes, despite the fact that he currently heads one of the most successful enterprises in the world.

So what other mistakes have founders made on their journeys?

Elon Musk told Business Insider that the mistake that he has made has been weighing somebody’s talent too heavily and not someone’s personality. For a long time, Musk emphasized the importance of talent over all else, only looking for people who could prove that they could solve particular problems. In interviews, Musk’s favorite practice was to ask candidates all about the nitty-gritty details of difficult problems they solved and how they did it.

Doing this was an effective way of finding out who was genuine and who wasn’t, but it failed to explore their personalities. Often Musk would find himself employing people with no capacity to work hard or improve, solely on the basis of his perception of that they had skills. He has since said that it matters whether somebody has “a good heart.”

Alistair Shepherd, the founder of Saberr, says that one of the things he struggled with was frustration. He got annoyed by the constant battles he had to fight and the mistakes he made on a daily basis. One of the issues was getting the company set up in the first place. He found that navigating the government bureaucracy was difficult. Fortunately, sites like yourcompanyformations.co.uk provide company formation services which skirt around this problem and save entrepreneurs a lot of time in the process.

Shepherd also says that one of the things he has struggled with in the past is delegating. As a CEO, it can sometimes be hard to give another person responsibility for an arm of your business. But entrepreneurs, he says, must face up to the reality that they cannot manage their entire enterprise by themselves. It’s impossible. 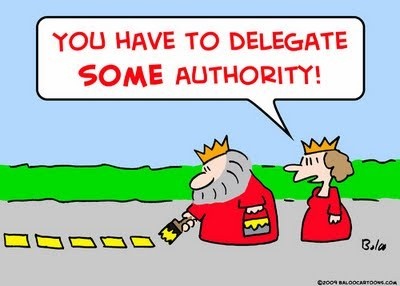 Shepherd says that outsourcing, hiring, and delegation are all viable options. According to Aunkur Arya of Braintree, they also need to delegate tasks to platform companies, like Twilio and Harvest, as well as many others.

Striking The Balance Between Speed And Security Online

Gail-Indian Speedstar – An Initiative to Strengthen the Sport of Athletics

Business 101: Top Laptops to Help Professionals Get the Job Done