Is the Blackberry Z10 a failure? 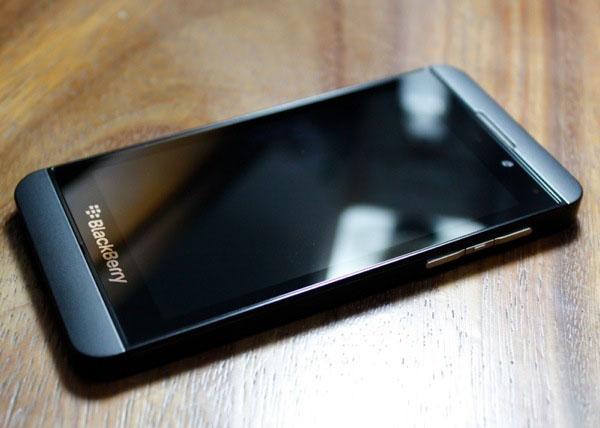 Last month, Blackberry showed off its latest flagship phone – the Blackberry Z10 to the whole world. Featuring the all-new Blackberry 10 operating system, the phone is expected to begin the company’s revival attempt in the smartphone market. The Z10 is, undoubtedly, the company’s best smartphone till date but it falls short on several fronts in comparison to its competitors. Let’s find out why the phone fails to live up to its high expectations.

Blackberry Z10 has a 4.2-inch capacitive touch screen display, dual-core 1.5 GHz processor, 8 mega pixel rear camera, 2 mega pixel front-facing camera and 2 GB of RAM. It also has 16 GB internal storage and a microSD card slot capable of supporting cards of up to 64 GB. These specs are pretty good on paper but in today’s fast changing world of technology, it seems pretty outdated for a flagship phone.

The likes of HTC One X, Apple iPhone 5, Samsung Galaxy S3 and many more have superior hardware specs even though they were released last year. eg: the Samsung Galaxy S3 has a larger display, superior camera, faster processor and a larger battery.  Blackberry might have got off the hook with these specs last year but with the next generation of flagship phones arriving in the market, the Blackberry Z10 will find it difficult to stay competitive.

Blackberry Z10 runs the brand new Blackberry 10 operating system which has a gesture based user interface. The company deserves a pat on the back for its work as they have come up with a nice, feature-rich OS. However, it doesn’t have much to differentiate itself from the likes of Android and iOS.

Furthermore, the gesture-based UI is fast and smooth but it requires a steep learning curve. Those in love with the user-friendly Android interface will find the BB10 UI confusing and annoying. Also, the company needs to do more work on the OS as several users have complained about apps crashing and hang-ups regularly.

As mentioned earlier, the Blackberry Z10 doesn’t have the specs to match the next generation of flagship phones. Inspite of that, the company has put an ambitious price tag on the phone. In the UK, the Sim-free version of the Z10 is priced at £449.99 which is £100 more than what the Samsung Galaxy S3 sells for.

Sony’s latest flagship – the Xperia Z with a 5-inch 1080p display, 13.1 mega pixel camera, quad-core processor and Android v4.1.2 Jelly Bean is available for the same price. We don’t see any reason that will prompt users to ditch these phones in favour of the inferior Z10.

Making More Of Your At Home Business: The Things You Can Do

Social Networking Metrics For Users Around The World

Make Your Office Space the Place to Be!

Mobile Apps & Your Business: How It Affects What The Marketplace Thinks

Having Great Customer Service as an IT Company