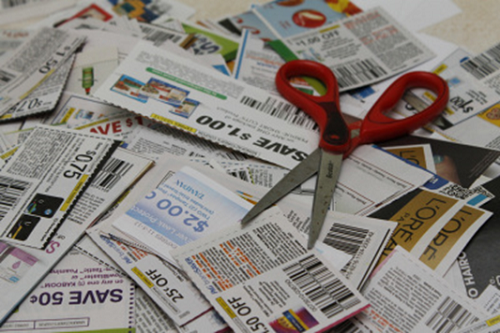 Coupon clipping was looked down upon before the economy crashed. Once the economy fell in turmoil, people started to get out those boxes of clipped coupons to save a buck here and there. These coupons were mainly gathered from the newspaper daily and other magazines. These were pretty straightforward and were widely accepted, and are still in the running. But enter the digital and internet age, and they are starting to become obsolete.

Adapting to newer technology is now what the world demands from its habitants to have a sustainable living. Now that coupon clipping activity is starting to vanish, the digital revolution must be embraced to continue on the bargain hunting journey! TLC’s Extreme Couponing is a great show for people who are getting started in this saving mode to learn a thing or two. Clipping and collecting the right coupons with the very best deals can be very time consuming. Who has got time for that, right?

Things like “I just don’t have time for that”, are what people come across the most when hearing about saving with coupons. But it doesn’t necessarily have to be that way! Here are a few ways to save efficiently with coupons, without wasting a lot of your valuable time and energy.

Kill the switch on Paper Clipping

Although this was how coupons started, it doesn’t mean you still have to resort to paper clipping gathering of coupons. Scanning every daily newspaper and magazine for coupons can be a pretty daunting and also unproductive task. It also doesn’t make sense to clip every coupon that you come across on a daily newspaper.

If you need to sort these paper clipped coupons, you can purchase a binder or a file folder, and arrange them by dates. Coupon matching sites also include the date and newspaper of the mentioned coupon and you can also sort it out from there. Don’t go no scrapping every coupon you come across, that will only make your sorting less efficient.

Make the most of Online Resources

Like mentioned earlier, internet and digital coupons is the way forward for bargain hunters. You will have to embrace this technology sooner or later. There is no point in wasting your time searching and sorting paper clipped coupons and finding what stores they can be redeemed and its due dates! You can eliminate all of the said above simply by embracing internet.

There are many blogs on the internet that do the same for you and help you easily get coupon codes and also mention the stores where it is valid and its due date! There are probably hundreds of coupon matchup sites online and a quick Google search will open your doors to savings!

Apart from just online websites, you can embrace a little bit more of technology and go mobile! In 2013, more than 28% of the mobile users redeemed a coupon. It was also reported that a staggering 49% of smartphone users in US, redeemed mobile coupons during Black Friday.

Collecting and gathering coupons on your iPhone seems more plausible than having a giant binder full of paper clipped Sunday coupon deals! 65% of mobile users are also said to be open to receiving promotional deals and offers directly. There are many coupon apps that do all the work for you and you have deals ready to be redeemed at your fingertips.

Change your mind-set on shopping for saving

Many people think that they can’t save on groceries or any other products with coupons. There are deals for almost everything and all you need to decide is what is it that you really want to save on? Piling up on every deal that comes across your way does not seem to be a good way ahead.

Saving money with coupons on daily items is not really about the coupons itself, but about changing the way you shop!

How to Install Android OS on Computer (Windows, Mac, Linux)

How Does Google Make Its Money? – Infographic

How You Can Save Money When Developing Your Website

Use Social Media and Content Strategy for Better SEO

Safeguarding Your Company From Dangerous Threats!

How To Deal With Bad Links

How Can You Reduce The Carbon Footprint Your Business’s Server Room?

Simple Ways to Improve Communication with Your Customers and Increase Sales