Social media sites, such as Facebook and Twitter, have revolutionized the way in which information and interactions travel around the world. In a majority of cases, this is a good thing; but unfortunately, social media can also be used to tear people down. 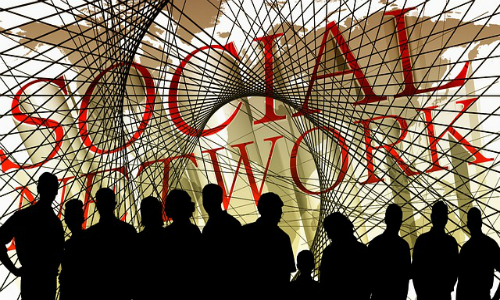 From bullying to outright false allegations, the World Wide Web can be a dark place. In fact, some people have even been accused of being sexual predators on these sites. Due to the far-reaching nature of social media, it’s important for a victim of this defamation to know their immediate legal options.

The first thing that a person should do is report the inflammatory content to the social media site, but sadly, these sites won’t always remove disparaging posts. Contacting the police, however, can often lead to good results. There is one very important part of the word “online harassment,” and that is “harassment.”

Local authorities will sometimes look at these posts as a form of harassment or stalking, and this is especially true if the attacks are continuous. Some states also apply criminal liability to instances of defamation. A person won’t know their options, however, until they file a police report.

When a person accuses someone of being a sexual predator on social media, they may actually end up in civil court facing a defamation lawsuit. The individual that they accused can bring forth a lawsuit if the information is false and caused damage to their life.

Unfortunately, an individual’s employer, spouse and neighbors may be able to see these posts; and this can lead to disastrous effects on their livelihood and relationships. In the end, however, this means that a large reward in a defamation suit is possible.

Therefore, it is of utmost importance to contact an attorney right away to prevent the snowballing effect to ruin your reputation and life.

If a person has been wrongfully arrested or accused of being a sexual predator, though, they will need to prove their innocence. An Orlando sex crime lawyer cites, “The end result if you are convicted could be a term in prison and fines in thousands of dollars and you might have to pay money damages to the victim in the case.”

Because of this, and since the aforementioned defamation lawsuits are contingent on the fact that the posted information was a lie, it’s necessary for those accused online of being sexual predators to prove the statement false.

Of course, anyone accused of this type of crime would want to clear their name anyway. The best way of going about this is to hire an attorney. Sexual criminal charges of any kind can land a person on a sexual offender registry, and this will have negative effects that last a lifetime. Luckily, attorneys with experience in this area of law may be able to dispel and fight against these untruths.

Even when a person’s attorney is capable of having the charges against their client dropped, a criminal record may still list this stigma. Arrests often stay on a person’s record, and this is true even if they’re not convicted. Luckily, the person’s attorney can file for an expungement and usually get this record removed since it didn’t end in a conviction. Add this to the fact that the social media site may have removed the inflammatory posts by then, and a person is well on their way to getting their life back.

Unfortunately, the old saying that implies that a lie can get half way around the world before the truth ever gets its shoes on is absolutely true. Even worse is the fact that this quote was coined before the invention of the Internet, so it’s even more applicable in a world of instant access and social media. Luckily, unfounded online accusations don’t have to ruin a person. By having the right legal help and knowing the steps to take, a person can eventually take their life back.

Debbie Nguyen is a blogger who aims to help keep our kids safe from sexual predators. For this article, she took into consideration the voice of those accused of sex crimes. She found Orlando sex crime lawyer when she searched online for cases involving false allegations of sexual crimes.

What Type Of SEO Is Right For You?

Expert Tips For Getting The Most Out Of Your Website Design

How to Start a Blog? Blogging Tips For Beginners