Nowadays, almost everyone has a mobile phone. Kids, the elderly, even people The smile pockets a rattling controversy. who barely scrape by consider it a necessity rather than a luxury. The high demand for mobile phones is evidenced by the fact that manufacturers are creating new models faster than people can afford them. This is one of the reasons why people change mobile phones as often as they change clothes. In fact, the mobile phone you’ve always wanted might already be obsolete by the time you’ve saved up enough money to buy it. 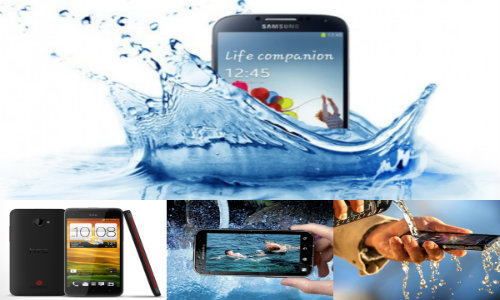 Mobile phones out in the market have more features than you can count, some of which have complicated names that it can simply be confusing for you. There are features for the recreational user and features for the ultimate businessman. However, before you confuse yourself with the plethora of personal apps and fancy business phone systems that come with your unit, here are the basic things that your phone should have, above all else.

A mobile phone is not a mobile phone if it can’t receive network signals. Without good network reception, you can’t make calls and send texts, which is the most basic thing that a phone should do. Unfortunately, some companies choose to concentrate on bells and whistles at the cost of this most important and most basic feature. The best phone should have stable signal strength that is not influenced easily by static from other phones and electrical devices.

Today’s phones have games, Internet service, and other applications. Because of this, people now use their phones for almost everything. However, this means that the phone is constantly in use and that the phone’s battery life is more important than ever.

The problem with most high tech phones is that the battery life cannot support the weight of so many applications and features. Nothing is more frustrating than your phone dying on you during emergencies simply because you played games on it hours ago.

If you’re going for a luxury high-end phone anyway, choose one with lithium polymer batteries, as they last the longest. If it’s not available with the phone you want to buy, you can also try lithium ion or nickel metal hydride. It’s okay to spend money on batteries; it’s a wiser investment than spending on apps and phone accessories.

Visibility is also important when it comes to mobile phones. If you’re disorganized, it’s easy to lose a small phone amongst the clutter. In a world where phones are getting smaller, there are still valid reasons for getting a bigger phone. It’s easier to find, and easier on the eyes. A screen that’s too small can be very irritating, and can make playing games or sending texts difficult. On the other hand, some people feel more comfortable with smaller phones because they can slide it easily into their pockets easily.

Some people think a small phone gives more security, since a bigger phone might mean it can get snatched more easily. There is no definite standard on size when it comes to mobile phones. It really depends on you. The bottom line is, just get the phone with a size that makes things easier and more comfortable for you.

Leslie Young is a Blogger, web designer and developer for 3years. She usually writes about business communication, telecommunications such as cloud phone and business phone system, as well as all the latest gadgets including smartphones and tablets. With her immense experience, she enters the world of internet and starts blogging and pursues her dream to be a web expert. Now, she is participating in many Blog sites as a guest blogger. Follow her on Twitter, Facebook & Google+.

An Apple That Changed the World

Google’s Watching: How To Increase Your Searchability

Copywriting – One of the Best Jobs in the World