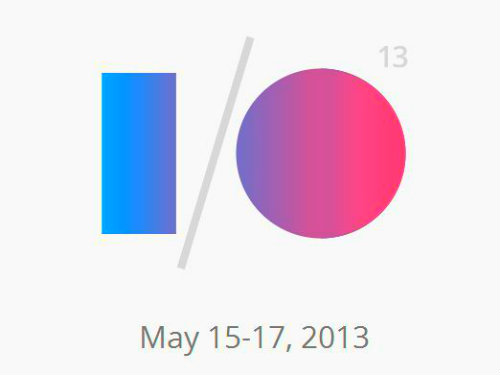 Google’s annual I/O conference is the company’s biggest event of the year. Held in San Francisco, Google I/O is primarily a developer conference. Thousands of engineers and software programmers fly out to the event each year to attend panels and get some face time with some of the top execs and engineers at Google.

Must Read: How to Get on Google News Listing?

The event kicked off with a keynote presentation lasting 3 and a half hours, and 3 days of presentations, talks, and discussions were to follow. Over the course of the event, Google unveiled dozens of new products and software developments, many of which have the potential to change the way we interact with technology.

This article will list the top 5 announcements at Google I/O 2013.

Google Maps was a game changer. Prior to its release, getting directions and looking at online maps was a chore. Most online mapping sites were slow, the maps were hard to read, and getting clear and concise directions was near impossible.

Must Read: The Future Of Mobile Communications: Google Glass

The new version of Google Maps aims to improve on its predecessor in every single way.

The user interface has been revamped to be simpler, clearer, and easier to use than before, and the maps have been improved to be more detailed and easier to read. Google has also refined their navigation system, so the new Google Maps should provide better directions.

Arguably the biggest change, though, is the integration of a new 3D engine that allows for cities, roads, and landscapes to be rendered in beautiful 3D graphics that can be viewed from any angle.

The new and updated Google Maps is currently in the beta stage for desktops and laptops. Updated Android and iOS Google Maps applications will be released later this year.

Google launched its Google Music service earlier this year to much applause. The service allows Google Music users to upload as many as 20,000 mp3s to their Google Music account, and these mp3s can then be streamed and downloaded through smartphone apps and web apps.

Must Read: Google Glass: What is it?

‘Google Play Music All Access’ builds on the existing Google Music service by adding unlimited access to the millions songs of available on the Google Play store for a set monthly fee. Currently, the service is only available in the USA, but Google advised that it will be rolled out worldwide over the coming months.

At a cost of $9.99usd per month, Google Play Music All Access is price competitive with Spotify, Rdio, and other streaming music services.

Google+, Google’s Facebook competitor, got off to a slow start. While it quickly amassed a large userbase, many were hesitant to start using it in place of Facebook and other social networking sites. 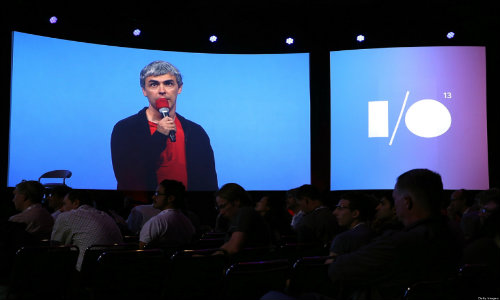 Over the past year, Google+’s active userbase has grown considerably. More people are using the service today than ever before.

At Google I/O 2013, Google announced a revamp for Google+ that adds a number of useful features.

Arguably the biggest change is the new user interface that automatically sorts content being posted on Google+ into beautiful cards complete with hashtags. The new interface is clean, aesthetically pleasing, and slick, and it makes using Google+ a much nicer experience.

With these changes and improvements, Google+ is continuing to go from strength to strength.

During the 3 and a half hour opening keynote presentation at Google I/O, Google announced ‘Google Hangouts’, the company’s competitor to SMS, iMessage, Whatsapp, Viber, Skype, and other messaging apps.

Where Google Hangouts differs from its competitors is its platform support. Google Hangouts allows for Android devices, iOS devices, Macs, and PCs to communicate with each other in a simple, seamless manner. It also has support for voice chat, video chat, and instant messaging, as well as the ability to send videos and photographs through the service.

Google Hangouts is already available on the Android Play Store and the iOS App Store, and it can be accessed through Google Mail and Google+ on desktops and laptops.

Google Now, Google’s intelligent personal assistant’ app, stole the show last year at Google I/O 2012 where it was first unveiled. The app immediately impressed with its ability to provide information like weather forecasts, directions, sports scores, and calendar updates without users having to do anything.

At Google I/O 2013, Google announced a number of new features for Google Now, including the ability to book movie tickets, search for music, video games, and books, set reminders, get public transport directions, and more. Google also announced that Google Now would be added to Google’s Chrome browser, making the browser more powerful and easier to use than ever before.

Google also advised that they are committed to improving Google Now throughout 2013, and that additional functionality will be added to the app over the coming months.

Google I/O 2013 was an exciting event with dozens of new software innovations and products being announced. Of these announcements, the five listed in this article were amongst the best — each has the ability to improve our lives and change the way we interact with technology forever.

Must Read: Google Expects to Sell Google Glass by 2014

Now that Google I/O 2013 is over, all eyes have shifted towards Google I/O 2014, due to take place in June, 2014. Speculation is already running rampant about what Google will show. Self driving cars? New versions of Android? Google Glass consumer models?

Whatever Google decides to show, one thing is for certain — we’ll be in for a good show. Make sure not to miss it.

Erin Warbrook is a Perth based writer, she stayed up late to watch the Google I/O keynote! Read more of her work on Perth News site, Presswire.

Just what is Bandwidth and How Important is It?

Five Reasons Why Your Business Might Need A Lawyer

The Big Benefits Of SEO

Blogging: Where To Begin?

Why Instagram Should Be Part Of Your Social Media Strategies

Simple Ways to Improve Communication with Your Customers and Increase Sales