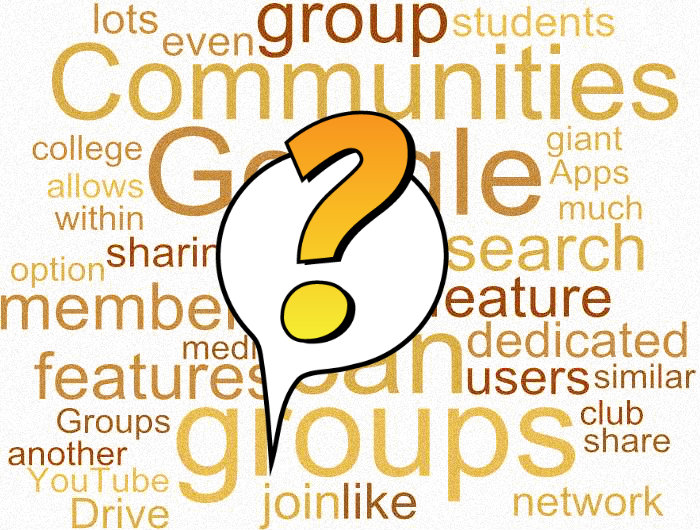 Google+ network is catching up fast, matching every pace of the gigantic social media giant Facebook, and the latest addition to the Google+ in its quest to dethrone the Facebook is the Google+ Communities. Being privileged to have unrestricted access to major internet destinations like YouTube, Google Apps, Google Drive and Google search engine, Google+ communities offer many competitive features to duel with the older, much established Facebook groups. The following is a short comparison of Facebook groups and Google+ communities discussing useful features each system offers for average users and advertisers.

If you need a place online to hangout with your college drama club members, or colleagues in the football club, creating a group on Facebook is one of the easiest options within your reach. The groups feature allows you to isolate a certain group of people sharing similar interests, say the Twilight fans of your neighborhood or may be the Android lovers at your dorm, and be a part of the community. You can be the sole administrator of your group, or you can share the administrative rights with several other members.

The privacy of the group can be set to “Open” where any member of the Facebook can join the group, or to “Closed” where people can join only via invitations by existing members or finally to “Secret” where anyone except the existing members can’t see or find the group via search results. You can set the ideal privacy option for your group and start posting, sharing and commenting. Facebook groups also allow you to share files via Dropbox and collaborate with your group members on uploaded files and documents. Another great option for college students and high school students is the groups dedicated for schools, where only students and staff from a college can join in.

If you are not a fan of Facebook, yet love the idea of interacting with a small group of people sharing common interests you should look into the new Google Communities. Being the search giant’s version of Facebook groups they are bound to pack all the amazing features Facebook groups inherit and some extra spice as well. Apart from regular group features such as posting content, chatting with fellow members, members can even video chat with each other via the amazing hangouts feature in Google+. The privacy settings are of two fold as private groups and public groups.

Private groups are quiet similar to “Secret” or “Closed” groups in Facebook, and administrators can decide whether group content should appear on Google+ searches or not. Public groups typically appear on SERPs, and are controlled by moderators. Public groups too are offered in two variants as the ones where any person can join and post anything and as the ones that require moderators consent for posting.

Benefits for Advertisers and Marketers

Groups or communities are greater places to gain exposure for online brands. Advertisers and marketers can create and promote groups dedicated to specific categories and reach a wider audience where meaningful conversations on brands can be made. Small scale business owners can gather feedback from users via specific groups on Facebook or Google+ dedicated to their brands and understand the user requirements and adjust their business model accordingly.

Google Communities even encourage the small scale business owners to engage in hangouts with the customers to gain a wider picture of their business. Google+ Communities excel ahead of the Facebook groups since they are indexed by Google unless the group administrators have chosen not to, and therefore lots of people can find the special groups dedicated to brands via a simple Google search. The marketing firms can appoint special agents to answer public queries and help users via chats or hangouts using these brand specific communities.

Facebook’s higher charges for promoted posts and low click-through rates have long been criticized by the advertisers however they had to sick with the social media giant’s business model due to the absence of a better alternative. With the introduction of Google+ pages and Google Communities lots of advertisers will shift their marketing strategy towards Google+ which provides better ways to promote their business at a zero cost. For example “Hangouts On Air” feature lets you promote your brand on the communities via TV like advertisements.

Average users are not bound to find a huge difference between the Google+ Communities and the Facebook groups. If you want to create a small group of your friends at college loving photography, or may be coding with C, you can use both platforms quiet easily without having to worry about advertising fees and impressions etc. you can share content, work collaboratively on documents, chat or hangout, create group events and interact with your friends. Facebook allows you collaborate on documents via Dropbox and Google has its own Google Drive for that.

If you need to join a group where lots of experts in a field gather to share knowledge and help newbies Google+ Communities are ideal as they can be searched and found pretty much easily with a simple Google search. For example if you have troubles installing a new custom ROM on your Android device, you can search Google and find a specific Google+ community dedicated to this topic. If the existing posts do not answer your problems, you can chat or hangout with an expert member and resolve the matter within minutes. It is pretty much like a next generation forum. Facebook and Google both allow you adding a picture that best describes the group, even add a tagline. Another cool feature with Google Communities is that you can +1 videos posted on YouTube without having to share them specifically after logging in, like in the case of Facebook.

Facebook groups have been around the corner for several years, and Google Communities are still quiet new to the arena; however they both have competitive features that make them ideal for online collaborations, for promoting businesses and engaging with your friends and neighbors. Facebook being the leading social network with over 1 billion active users still leads the competition when business brand promotion or average user interactivity is considered, however it should be stressed that Google+ is catching up fast with their new Communities feature.

In fact lots of business brands are already focusing on promoting their businesses on Google+ network since it offers better features like “Hangouts” and “Hangouts On Air” on a free basis. Search Giant’s plethora of resources including YouTube, Google Drive and Google Apps are ideal tools for promoting businesses online, and in this regard Facebook lags behind.

This post was shared with you by Maria Tomic, the online marketing and SEO expert at Stop-DDoS.net – reliable DDoS protection service provider.

Top Mistakes Which Can Ruin Your PPC Campaign

3 Reasons to Visit A Nail Salon

4 tips for starting your own business

In-depth Review of the Nokia Lumia 620

Get the Best Since you Deserve the Best