Blogging is an active part of the internet today. It has inspired millions of people to bring their creative side before the world. The term blogging came to existence in the late 20th century and it has managed to leave a huge influence on the world ever since. Before that, digital communities ruled the world of internet.

A peculiar feature about a blog is that it is updated in the reverse order i.e. the most recent posts on a blog appear first and the very first post appears last. Earlier blogs were run by a single individual or a small group. However, with time there have been huge reforms in the world of blogging and now there exists thousands of MABs i.e. Multi Author Blogs.

Also, there was a time when blogs were supposed to carry only technical information but today, there are blogs based on almost every topic in the world. Moreover, with the advent of web publishing tools, blogging got a back support and it became easier as well as more creative to post content online. 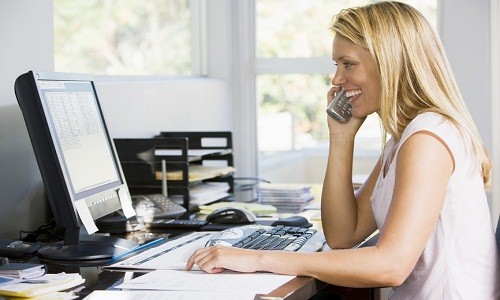 Blogging has influenced and changed many lives during the last few years. One such section of our society that has been hugely successful in creating as well as managing blogs is the home makers. Yes, stay-at home mothers have been contributing a lot into the world of blogging. Gone are the days when blogging was considered to be a man’s area of interest and women were either considered appropriate for white collar jobs or for simply looking after a household. Time has changed and so has people’s mindsets.

In the last few years, hundreds of women have entered into the world of blogging and they are doing appreciably well in this field as well. Time and over, they have proved that there is no such field in this world where they cannot excel. After sending their kids off to school and better halves to office, these women have plenty of time to themselves. The best part is that instead of knitting sweaters for their family, they are devoting this extra time into something they are really passionate about. It is a way of bringing out their creative side before their family as well as the world. Also, women bloggers, these days, are expanding their grip over a number of niches and genres.

In the beginning, these stay-at home mothers kept themselves to topics that came easy to them. For instance, clothes, recipes, cooking, etc were some of the earlier blogs being written by them. But over time, they have gained experience and are also writing about both technical and non technical stuff around them. One such common niche of blogging is the travel blogs. A number of women have established successful blogs on such conventional niches.

Blogging is not only a pastime activity for these women; rather there are women bloggers around the world who are earning a living through their blogs. It is their own way of contributing towards their family.

Chauvinism has left our society a long time ago and gone are the days when certain jobs were restricted to be done by men only. Today, women bloggers around the world are as successful as men bloggers. If you need any help in starting a new blog  or want to start blogging, then contact us for Free WordPress Blog Setup.

A Brand in the Hand: Making Your Business Card Speak Volumes

How Valuable Are Consumer Reviews

Direct Marketing: Are You Making it Work For You?

The Psychology Behind Web Design