Ever since mobile phones came into existence, there has been an indescribable competition among the phone manufacturing companies around the world. The earlier models of mobile phones were easy to use and had very basic characteristics. But with the advent of technological revolution, the mobile phone market just got bigger with time. Mobile phones are the most basic as well as widely sold gadget in the world. 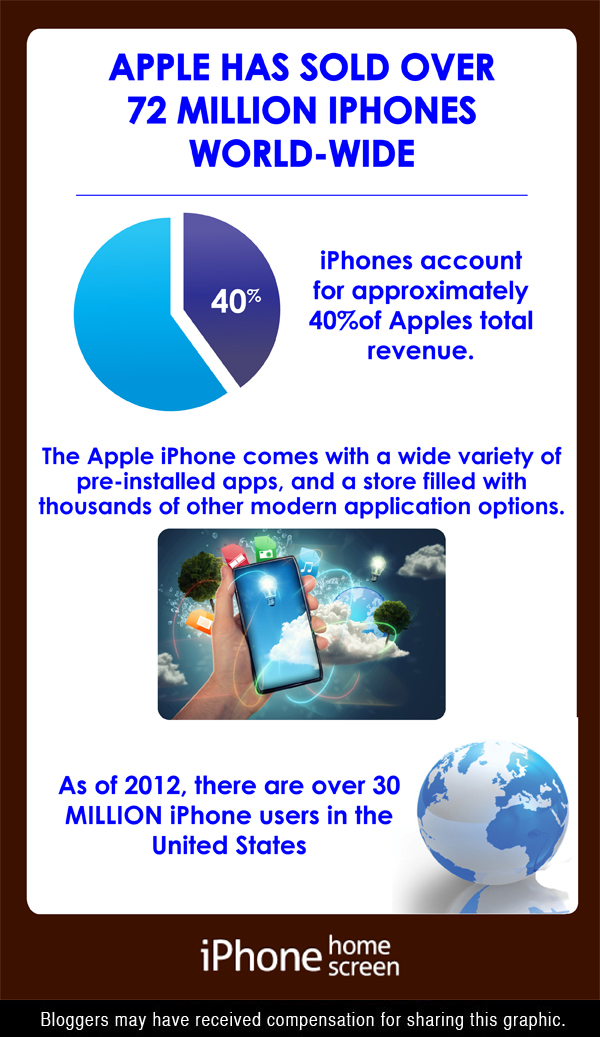 One of the major reforms that the mobile phone market witnessed was the emergence of high end phones from Apple, also known as the iPhone. Basically, iPhone is a high end line of mobile phones which are manufactured by Apple Inc. The company brought a major change in the world with its improved features and latest technologies. The first generation of iPhone from Apple came in the year 2007 and there has been no looking back.

The first iPhone that came in the market was iPhone 2G and it got sold like hot cake. It took no time for people to splurge their hard earned money on this incredible gadget. Soon it became a trend to own an iPhone and the company just got bigger with time.

iPhones are among the most selling mobile phone brands in the world. Apple has grown many folds in the previous years and it is still among the highest grosser in the world mobile phone market. If we look at the selling statistics of this mobile phone giant, it is easy to notice that the company has been on the greener side of the fence since its brush with public in the third quarter of the year 2007.

Rough estimates show that the company managed to sell around 18.65 million iPhones by mid 2011. One peculiar feature that further gave a boost to its fan following was the fact the Apple was the very first smartphone in the world market which offered multi touch interface to the users.

This amazing feature later became the industry standard for other mobile phone manufacturers. The figures went to approximately 72 million by the end of 2011. However, there came a dark period for Apple when manufacturers like Samsung came along with their cheaper and more convenient versions of smart phones.

There has been a war going on between Apple and Samsung but Apple somehow manages to hold the position of the most desired mobile phone manufacturing company in the world. Many improved and more advanced versions of iPhone came into the market and the latest addition to the family were the iPhone 5S as well as iPhone 5C in September, 2013.

iPhone users across the world

Apple was smart enough to expand its grip on global audience with the introduction of some products other than the iPhone. Gadgets like iPod, iPad, MAC and various versions of operating systems (iOS), made Apple dearest of all the existing gadget brands in the world. Studies show that there are millions of users across the world. Looking at the popularity of the brand, it is definitely a difficult task to calculate the exact number.

Most Popular Apps for iOS

Apple offers a wide range of high end apps for its users. Some of the frequently used as well as popular apps from Apple are:

iPhones may dig a hole in your pockets, but still they are the most desired gadgets in existence today. Surely, Apple’s charm seems to stay for a long time.

Online Marketing Is Complex, Let Us Make It Simple

Retaining Talent In Your Business

5 Wonderful Ways to Treat Yourself

SEO In Your Web Design

The Importance Of Software Testing And Re-Engineering