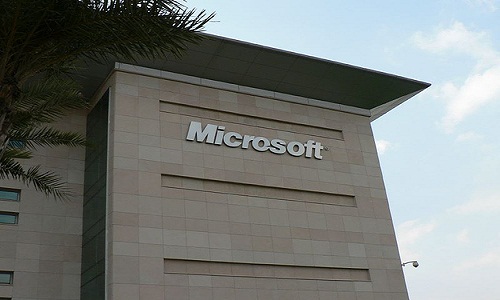 As everyone knows, Microsoft is one of the biggest companies in the world. Currently providing multiple different products and services. This company is best known for its Windows operating system which was released when Bill Gates was still starting out his life of massive fortune. We might not have the means that Microsoft does when speaking in terms of a marketing budget, but we can still learn a great deal from some of the strategies they have used to become the company they are today.

Must Read: The History of Microsoft Technology

Don’t Be Late to the Market

Microsoft was given a great opportunity that allowed them to provide brand new programs that were for Windows. At the time they created these programs, people were still not all the way switched over to windows yet and using DOS based systems. Finally, when everyone upgraded their technology, they used windows and since there really wasn’t anyone else making quality program for that operating system, Microsoft Word as well as Excel was sold at an incredible rate. Even though no one really payed attention to the programs when they first hit the market, they ended up being highly successful.

With all of the companies out there that sell similar services that you do, it might seem impossible to come out with something new to the market. Although there is a little truth to that, you can still change your current products or services to be much more attractive to customers in a way that is completely different than anyone else. Also, try getting into other markets that haven’t fully been developed yet, for instance, a social networking site that is still gaining traction. You could establish yourself within the site and once it becomes big and popular, you will have a good head start to the millions of people that haven’t been marketed to yet.

Microsoft offers similar marketing topics directly on their website, check out here and even more here.

If You’re unable to be First, Market More than Your Competition

Microsoft wasn’t always the first one to release a certain product type, but in the end, was still able to crush its competition with powerful marketing campaigns. When the World Wide Web was still fresh, Netscape Navigator was the first to offer a premium web browser to internet users. Microsoft didn’t end up releasing Internet Explorer for some time and once it was released, didn’t launch as planned. Microsoft end up spending a small fortune into making Internet Explorer the best browser possible and marketing it as best as possible. Once the marketing campaigns started to be noticed by people, Netscape couldn’t really compete since they were a much smaller company.

Even though we won’t have the same marketing budget as Microsoft did, we have certain advantages that they didn’t when the internet was still being introduced to people. We have the opportunity to use low costing advertising services, social networking websites, and other free options to catch our customer’s attention. Instead of investing a large amount of money, investing a large amount of time can prove to be just as effective. Although having some money to spend in marketing might help, it’s not something that needs to be done.

Getting the attention of potential customers is much different than it was back in the day when the internet was still new. It is a lot more effective to use quality content that appeals to your target audience, giving them a reason to be interested in what you have to offer. Once you have their full attention, selling to them is much easier. So the overall lesson is, if one of your competitors comes out with a good product or service, coming up with something similar and throwing a big marketing campaign at it can prove to be very successful.

Not everything will Be Successful

Microsoft has obviously come out with some truly amazing products that have went beyond the word successful, but there have been many failed projects as well. Making sure to stop the products or campaigns before they did even worse was one thing Microsoft was good at. It’s always great to be innovative and create new and improved products or services, but you should expect some of them to fail, it is inevitable.

Giving up on a bad venture shouldn’t bring you any shame, and can in the end, teach very valuable lessons. There is no point in continuing to try to make something work when it is a very obvious failure, just stop it as soon as possible and move on to other profitable options. It doesn’t matter if it’s a failing service, product, or a campaign that isn’t working out as planned, preventing them from holding your business further back than they already have is the best option.

Some more fantastic information regarding the marketing of Microsoft can be found here.

Expand your Product or Service Line

While focusing on just one product might seem like an easier and smarter move, it is actually the complete opposite. If you only have one product you are trying to sell and it ends up not doing so well, you are left with no other options to expand on. Microsoft has a very large amount of different products and services they offer that give their customers more options to choose from. Their marketing efforts are much more effective because once a customer is introduced to one product; they see an abundance of others that are also available. This principle can also be used when talking about marketing your products or services. If you don’t have multiple places where people get exposed to your content, and you only have one, when that one stream of traffic dries up, you’re left with nothing.

Although most of us will not be able to market on the same level as Microsoft, they have presented a lot of lessons and tips that we can all learn from. They have successfully been able to use almost every strategy available, so the information that can be learned is almost endless. Take a look at another article regarding the Marketing Strategy of Microsoft.

Tom writes for valuator and can help with the valuation of your web business.

Simple and Effective Ways to Improve Your Payment Funnel

UrbanClap: Change The Way You Live

The Future of Mobile Devices

Top Myths About Customer Service – And The Reality

4 New Marketing Technologies And Strategies For 2013

Make Running Your Business Simple With This Guide