Web design, like any creative industry, experiences phases and waves of different trends which dominate the mainstream output. Every web designer adds their own personal flair to the websites that they create, but there are elements and ideas which find their way into the works of many different designers. This is part of a wider phenomenon that exists in creative fields known as ‘convergence’. This is the idea that, for a number of different reasons, the ideas and styles employed by the individuals who work in a particular field will start to converge. In other words, the designers will begin arriving at the same conclusions when trying to address particular problems or consider the best approach to particular situations. 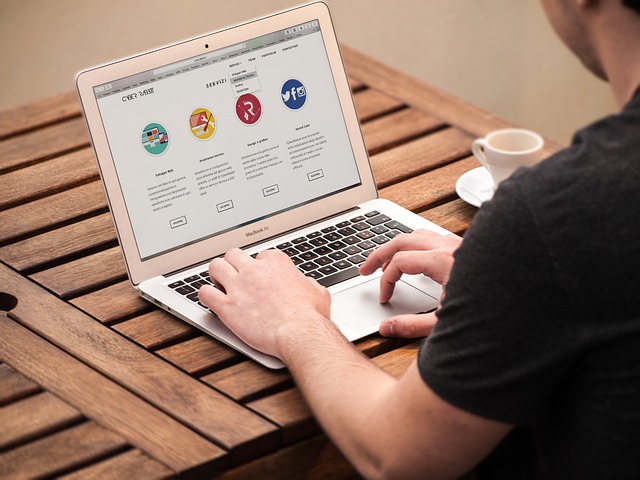 Here are some of the web design trends which are starting to dominate mainstream web design and which look likely to feature prominently in 2018.

Science fiction is cool again. This has been driven in by the large hadron collider and the much publicized search for the Higgs Boson particle. The hunt for the elusive particle captured the public’s imagination and, much like the space race did for a previous generation, bought science and scientific endeavor to the forefront of public consciousness. As a result of this, cyberpunk and other sci-fi related styles are coming back into fashion. A hallmark of these styles is bright and vibrant colors.

Another important factor in drawing designers towards the use of saturated, vibrant colors, is the significant advances that have been made in smartphone screens. Now that smartphone screens can display images in high resolution on phone screens which rival the quality of high end televisions and monitors, web designers are learning to take advantage by serving up brighter and more vibrant images than ever before.

The majority of web browsing now occurs on portable devices, usually smartphones and tablets, rather than on full desktop PCs. Because of this, web designers have been paying particularly close attention to how their websites will appear to mobile users. There are many different ways that web designers can make their designs more mobile friendly. For example, when users are browsing the internet on their mobile devices they are often doing this over the phone’s data network rather than a Wi-Fi connection. As such, they need to avoid serving up unnecessary media, such as images and videos.

Another way that web designers can make the mobile browsing experience more enjoyable is to make use of dynamic designs. Sites like Prankowl will rearrange themselves to suit the screen that they are being viewed on.

Now that web browser technology is advancing, and HTML5 has given designers more freedom, they have greater choice when it comes to animations. Cinemagraphs are becoming more popular; these use a mostly static image with only certain areas animated, which makes the files smaller than they would be if they were a video file. Moving from Flash to HTML5 has also allowed designers to use animations which don’t require as much data for the user to display.

Web design is a faster moving field than many people realize. These design trends are just a few of the ways in which the industry has continued to evolve over the last year.

Making Your Online Business as Secure as Possible

Why Cybersecurity is More Important Than Ever in 2020

Gail-Indian Speedstar – An Initiative to Strengthen the Sport of Athletics

Mobile Apps & Your Business: How It Affects What The Marketplace Thinks